skip to main | skip to sidebar

We mostly just post pictures, fun-stuff and small inputs from demoparties - so I thought it was time to actually blog about something a bit more catchy :)

Here I will tell you about my DTV construction. A small piece of hardware that can be turned into and used as a lot more than it was designed to. I will not explain very much about what the DTV is, but to sum it up shortly it is a small piece of hardware sold as a joystick which you can connect direct to your TV(DTV means direct-to-tv) containing 30 Commodore 64 games in ROM, ready to be played. Luckily the hardware contains so very much more :) (see this URL for detailed information: http://picobay.com/dtv_wiki/index.php?title=C64_DTV_Hacking_Wiki)

So... it all began when I was sick with pneumonia this month and got really really bored of daytime TV. I found this piece of hardware lying around not being used and I thought; what the hell? I could really do something cool with this - and google helped me(together with TRSI; whom actually broke the code).

So I started with these piece of stuff: 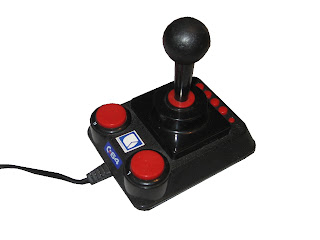 This is the DTV itself - a joystick containing a chip containing a circuit which integrated all the cool stuff - the 6510CPU(at 1MHz), SID, VIC-II, CIA and the PLA from the original hardware. For me it was very cool and funny to read what they actually did implementing this - google it; you will have material to read for hours and hours if you are into these kinda things :)

The ASIC(an integrated chip) itself is running 32MHz internally, implementing all of those mentioned above. Depending on PAL/NTSC and version - the most common model has 2mb of RAM. ALOT for a 64-platform. Things are getting even more fun! ;)

We(all demosceners) have all seen what TRSI, Noice and Oxyron has been able to to with this piece, so I had to try to build one also. Just do a search at CSDB or Pouet. It is totally amazing - and it is still as many bits as we like. 8!

OK... let's move on now! I found an old TV-transmitter lying around not being used that had a casing that could suit my demands. Unfortunately I don't have an original picture of the casing before I hulked it(hehe), but I found this on google looking pretty much the same: 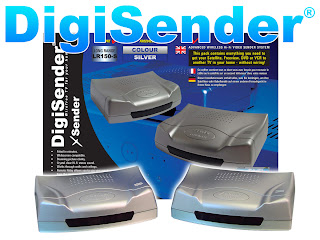 Yes - looks something like this. A "pretty" casing for me to work with. Here I can implement all of the stuff necessary. I just ribbed it of all of its content leaving me a nice box to build stuff into. Talking about that; what is really necessary? Well... to be able to do a C64-"clone" and still be on a different/modified platform we need several things. First is video, then audio, joystick-ports, keyboard-ports, IEC aka serial port(access to outside media) and buttons. I used alot of tutorials from the DTV-mod-site(http://picobay.com/dtv_wiki/index.php?title=C64_DTV_Hacking_Wiki)

I started out with the DTV and the casing - and I thought I might use as much as I can from stuff lying around in my storage - so I pretty much found everything I needed there. A couple of serialports, a ps/2-port, powersupplies, monitor, keyboard, joystick etc... The only thing really missing was a simple and smart cardreader. I needed a simple SD-card-reader. I looked it up and found that this dude from Britain had just the component needed. It's not directly emulating the 1541, but it is really really good. Just check his site here: http://sd2iec.co.uk

So - given all variables - I now had all components - only thing needed was a soldering iron, glue, cables, fantasy and some time. Time I had lots of.. after all, I had pneumonia :(

Further I will not super-detail-explain, but I will show you how I did it. If you want to try doing a similar thing, I will be glad to help if I can: 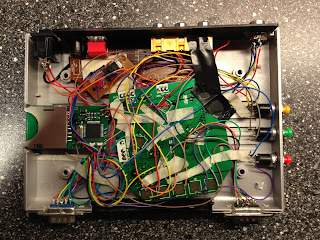 What you see here is the final inside. I used parts of the original casing(cut'd out what I did not need), that way I have audio/video output nicely fitted outside. I have mounted two joystick-ports, power switch, audio/video out, ps/2, SD-reader, and three switches. The switches itself are quite simple. The yellow resets the DTV, the green resets the cardreader and the red switches floppy image :)

Since I had no real good soldering iron it looks like a mess, but it works. Let me show you some more images of the whole thing: 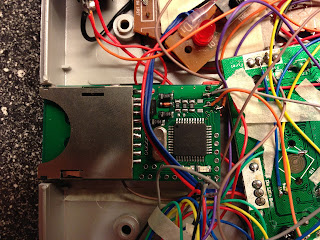 A closeup on the cardreader 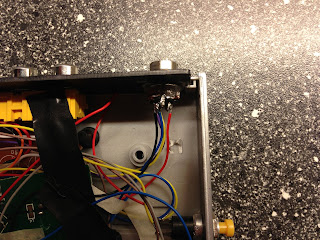 a closeup on my bad soldering at the ps/2 port :) 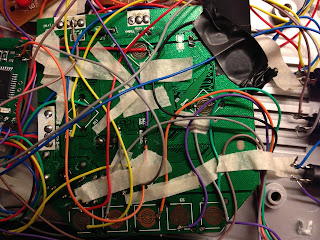 a closeup at the dtvboard - with most cable soldiered 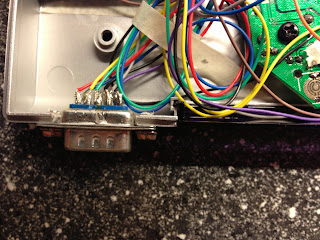 a closeup at one of the joyports

I ran into some challenges along the way, but the biggest one was using a soldering iron that is way to big and way to hot(hoho, no I am really talking about the soldering iron here, not what you imagine...).... I also used a multimetre and alot of other tools I had lying around - and as this was an experiment I did not really care that much about the result. Fortunately it turned kinda GREAT(in my opinion). I've see people doing laptops and such with this hardware, so my mod is kinda simple - but still it was very fun and therapeutic to construct.

I could possibly write about this project all night so I think I'll let just let watch these last pictures and make up your own mind. I for one enjoy it so much that I had no sleep last night, playing oldschool games and watching DTV-demos :P 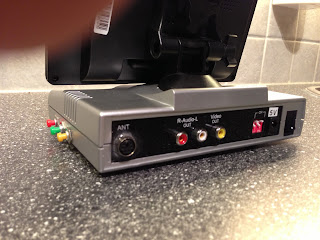 Backside and side one of my DTV - Featuring all buttons, ps/2, audio, video, powerplug and powerswitch. Nevermind those dip switches - they are from the original case :) ... (and the a/v-cables are not connected in this photo) 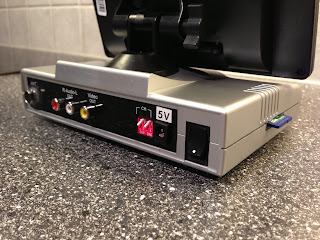 Same story, but here you see the other side with the builtin SD-card-reader :) 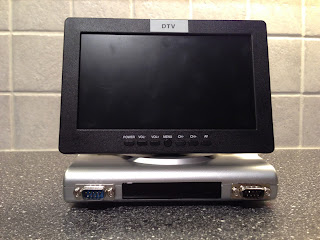 The front of my product. Wanna dance? 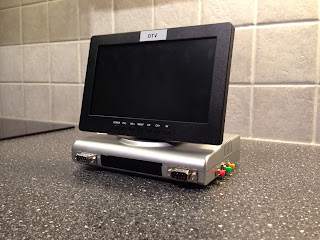 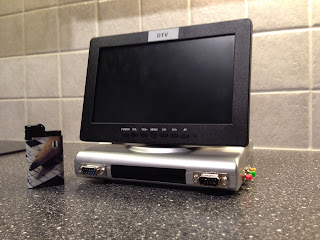 And this image is just to give you an example of size... 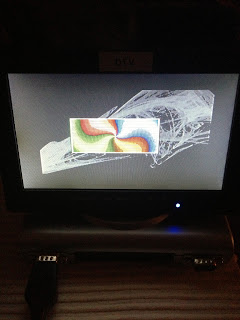 There's alot of stuff I did not mention here - but just ASK if you have one of those babies lying around and doing nothing else than collecting dust. For me it is therapy and an ease of mind building, constructing, thinking, imagining, planning and doing :) .... response [æt] darklite.org

So long; and thank for all the toes! :P ---> See ya soon somewhere scenewise! Cheers!

Ello Ello! It is time to unleash some more scene music - this time a couple of streaming tunes. All music by myself - featuring Datsua/PlayPsyCo on "Pinyin Journey".

The brand shiny new EP "Awaken" is out now - and you can locate it here: